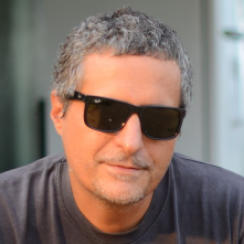 Kleber MENDONÇA FILHO (1968, Brazil) is a film journalist (for CinemaScópio) and a prolific filmmaker. In his work, he focuses on love and fear. At IFFR 2007, five of his short films were presented in a 'Short Profile'. Neighbouring Sounds (2012) was his long-awaited first feature. In 2016, his second, Aquarius, premiered in Cannes. His latest feature Bacurau, co-directed with Juliano Dornelles, won the Jury Prize at the 2019 Cannes Film Festival.