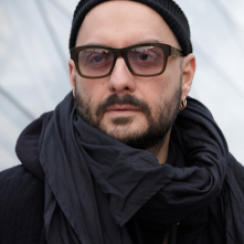 Kirill SEREBRENNIKOV (1969, Soviet Union) is a theater and film director. He has made many theatre shows in Moscow, e.g. Jeanne d’Arc with the French actress Fanny Ardant. Since 2012 he is the Artistic Director of the Gogol Center in Moscow. His films have been screened at the film festivals of Cannes, Locarno and Rome. The Student (2016) premiered in Un Certain Regard in Cannes and was awarded the François Chalais Prize. In 2017, Kirill Serebrennikov was arrested during production, as Leto/Summer was reaching the end of principal photography. He has since then been in Moscow, where he edited his film under house arrest.