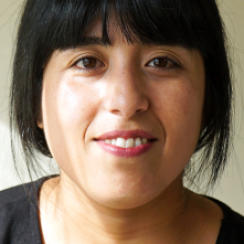 Karin CUYUL graduated from Universidad Arcis in Chile in 2011 and completed an Executive Production workshop at EICTV in Cuba. She is a filmmaker and producer. In 2012 she joined MAFI (MApa FIlmico de un país) as a production assistant, going on to work on various films. Historia de mi nombre/Story of My Name, a co-production between Chile and Brazil, is her first feature-length film.