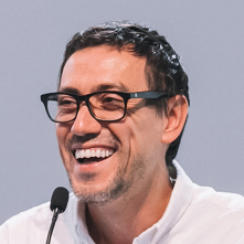 Köken ERGUN (1976, Istanbul) studied acting at the Istanbul University and completed his postgraduate degree in Classics at King's College London, followed by an MA degree in Visual Communication Design at the Bilgi University. After working with American theatre director Robert Wilson in 2001, Ergun became involved with contemporary art, specifically video and performance. In 2007 he won a Tiger Award for his work Bayrak/The Flag. Ergun’s films are included in public collections such as the Centre Pompidou, Stadtmuseum Berlin and Kadist Foundation.