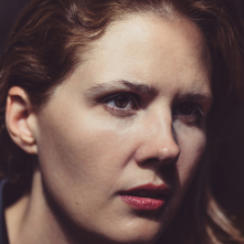 Justine TRIET (1978, France) graduated from the Paris National School of Fine Arts. Before her debut feature, Age of Panic, was selected for Cannes in 2013, Triet made several documentaries. Her second feature, Victoria (2016), premiered in Cannes. The role of Victoria was played by the Belgian-French actress Virginie Efira. Sibyl (2019) is Triet's second collaboration with Efira.