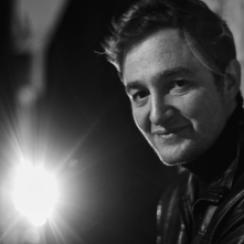 Juan Andrés ARANGO (1976, Colombia) grew up in the capital Bogotá, where he studied Film and Television Production at the National University of Colombia. During an exchange programme in Montreal, Canada, he made two short films. Later, he travelled to Barcelona to specialise in camera and photography. During a cinematography assignment in Amsterdam, he started writing the script of his feature film debut L.A. Playa DC (2012), which premiered in Un Certain Regard at Cannes. Arango now lives and works in Montreal. X500 (2016), his second feature film, premiered at TIFF. He is one of the seven directors of The Seven Last Words (2018).