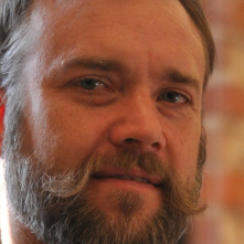 Josh GIBSON (1973, USA) is an independent filmmaker and the associate director of the Duke University's programme in the Arts of the Moving Image. Gibson's films and videos have been screened worldwide at film festivals and on television, and have won several awards, including the Grand Prize for Documentary for his film Kudzu Vine (2011) at the Black Maria Film Festival in New Jersey.