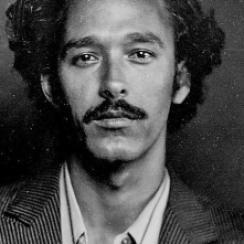 João VLADIMIRO, (1981, Portugal) holds a B.A. in Graphic Design from the University of Porto’s Faculty of Fine Arts. He won a directing award at IndieLisboa for Rooted Foot (2006). The documentary Garden (2008) premiered at Doclisboa and was shown at international film festivals including FIDMarseille. His second documentary, Lacrau, was awarded twice at IndieLisboa 2013. In 2014, actress Madalena Victorino asked Vladimiro to direct a documentary about the making of her dance performance The Wool and the Snow. His fictional short Anteu screens at IFFR 2019.