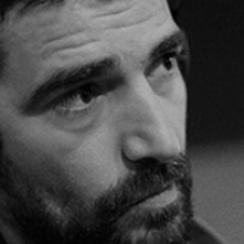 João MILLER GUERRA (1974) lives and works together with Filipa Reis in Lisbon, Portugal. They have made several short films and documentaries since 2007 that were presented at many international film festivals, such as Cinéma du Réel, IDFA and DokLeipzig. Together they have a film production company, Uma Pedra no Sapato. Their first feature film Djon África will have its world premiere at IFFR 2018.