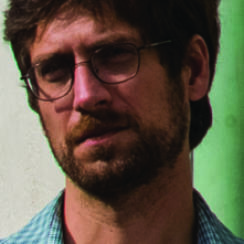 João DUMANS is a screenwriter and director based in Belo Horizonte, Brazil. As producer, editor and writer he has participated in various feature films. He wrote the script of Where I Grow Old by Marília Rocha (IFFR Tiger Awards Competition 2016). His first film was Everybody Has Its Own Way (2014). He previously collaborated with Affonso Uchoa on The Hidden Tiger (2014); together they directed Araby (2017).