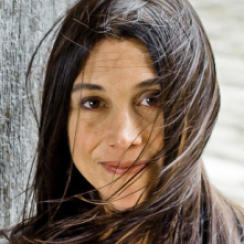 Jessica WOODWORTH (1971, USA) studied Literature at the University of Princeton and graduated with a Master's degree in Documentary Film from Stanford University. She has worked in China for European broadcasting stations, made documentaries and has been directing together with Peter Brosens since Khadak (2006), which won the Lion of the Future Award in Venice. Their films have been screened at hundreds of festivals and have won over 50 awards. They also founded Bo Films, an independent production company based in Ghent.