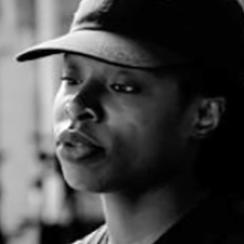 Jenn NKIRU is an artist and director from Peckham, London. She is an MFA in Film graduate of Howard University. Her first film, En Vogue (2014), screened internationally to critical success. Nkiru's second short film, Rebirth Is Necessary (2017) was a dreamlike art film centered on Blackness: past, present and future. The film was nominated for several prizes and won the Canal+ Award at Clermont-Ferrand International Short Film Festival. Black to Techno (2018) premiered at Frieze Los Angeles. As a part of The Ummah Chroma, she co-directed AS TOLD TO G/D THYSELF (2019), which was nominated for the Short Film Grand Jury Prize at Sundance.