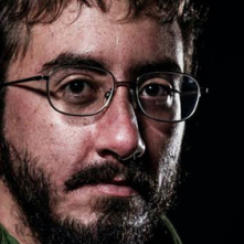 Jean-Jacques MARTINOD (Ecuador) is a filmmaker and visual artist based in Montreal. The editor and co-founder of the micro-publisher EVIDENCE is also a member of both the Global Emergent Media Lab and the Centre for Expanded Poetics at Concordia University. In his films, he delves into the archive and experiments with various documentary techniques and technologies. In addition to numerous galleries and independent venues, his works have been screened at FIDMarseille, EDOC (Encuentros del Otro Cine), Les Inattendus festival de films (très) indépendants, ULTRACinema Festival de Cine Experimental y Found Footage, and Stuttgarter Filmwinter Festival for Expanded Media. In 2019, La bala de Sandoval has its world premiere at IFFR.