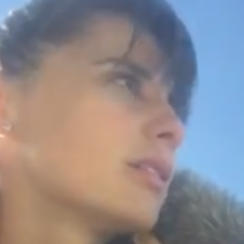 Award-winning visual artist and filmmaker Jazmín LÓPEZ (1984, Argentina) graduated in Film Direction from the Universidad del Cine in Buenos Aires and has a master's degree in Studio Art from NYU. As a director and screenwriter, she made three short films before debuting with a feature: Leones (2012), which was supported by the Hubert Bals Fund and selected for the Orizzonti competition in Venice. Her visual artworks have been exhibited at MoMA, Lincoln Center, Centre George Pompidou and KW institute Berlin, among others. López has a fascination for European cinema from the sixties and seventies.