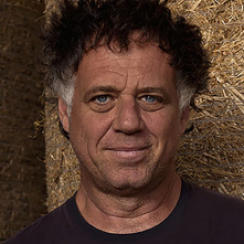 Jacopo QUADRI (1964, Italy) studied at filmschool in Rome. As an editor, he won several prizes and worked on films by Bernardo Bertolucci, Frans Weisz, Zhang Yuan, Apichatpong Weerasethakul and many others. He directed various short films and, together with Mario Martone, made the full-length documentary Un posto al mondo (2000). After the death of his father Franco Quadri,he inherited his publishing house Ubulibri, specialised in books about theatre. With that heritage, Quadri embarked on making a series of documentaries about theatre, of which La scuola d’estate (2014) was the first, followed by Il paese dove gli alberi volano (2015). For his third feature length documentary, Lorello and Brunello, he received the Cipputi Award and the Special Jury Mention at the Torino Film Festival in 2017.