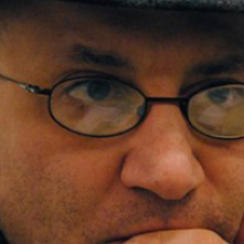 Issa TOUMA (Syria) is an Aleppo-born photographer, curator and documentary filmmaker. He established the first photography gallery of the Middle East in 1992: after it closed in 1996, he started independent art organization Le Pont. He also founded the International Photography Festival Aleppo in 1997, which continues to take place even as the Syrian Civil War continues. In 2016, Touma collaborated with Dutch filmmakers Floor van der Meulen and Thomas Vroege to release a portrait of life in Aleppo during the Civil War: 9 Days – From My Window in Aleppo (2016). The three of them reunited to release Greetings from Aleppo (2017), which portrays one of Touma's short returns to his war-torn home of Aleppo.