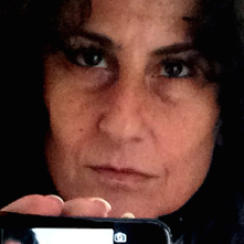 Editor and director Isabelle INGOLD graduated from La Fémis, Paris in the editing department. As an editor, she has worked with directors as different as Amos Gitai, Vincent Dieutre, Toshi Fujiwara, among others. The features and docs she edited were selected in film festivals around the world, such as Venice, Cannes and Toronto. She directed North by Memory (1996), A Place on Earth (2001) and Ailleurs, Partout/Elsewhere, Everywhere (2020) with co-director Vivianne Perelmuter. She has also taught at the University of Corsica since 2009.