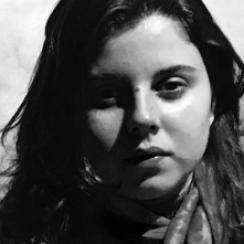 Born and raised in Rio de Janeiro, Isabella RAPOSO is a director and screenwriter. She studied Screenplay at Darcy Ribeiro Film School and Theater Direction at Universidade Federal Fluminense. She underwent a script workshop at the Escuela Internacional de Cine y Televisión in Cuba. In partnership with Thiago Brito, she writes and directs short films like Way Up in the Sky (2018) and Loïe & Lucy (2014). She was assistant director of the feature film Desassossego (2010) by Felipe Bragança and Marina Meliande, which screened at IFFR.