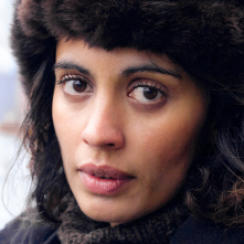 Norwegian-Pakistani Iram HAQ (1976) studied art direction at Westerdals Oslo School of Arts, Communication and Technology. She worked as an actor for many years, appearing in theatre, film and television. She also wrote and starred in the short film Old Faithfull (2004), which was selected for the short film competition in Venice. She made her directorial debut with the short film Little Miss Eyeflap (2010) at Sundance. In 2013, Haq made her acclaimed first feature film I Am Yours which was also selected at the official Norwegian Oscar entry. What Will People Say (2017), world premiere in Toronto, is her second film.