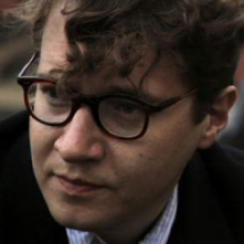 Ilya KHRZHANOVSKY (1975, Moscow) spent a year at the Bonn Academy of Fine Arts and graduated in film directing at the famous Russian film school VGIK in 1998. Since then, he has directed theatre productions and made a short film together with Artem Mikhalkov. His impressvie feature debut, 4, won a Tiger Award at IFFR in 2005. It continued to win awards at many other filmfestival world wide. Since 2005, he has been working on his next film, DAU, a project that already obtained an almost mythological status. It is insprired by the life of the Russian physicist and Nobel prize winner Lev Landau. Also, Khrzhanovsky founded his own production company Phenomen in 2005, for which he produced e.g. the film Bed Stories (Kirill Serebrennikov, 2005).