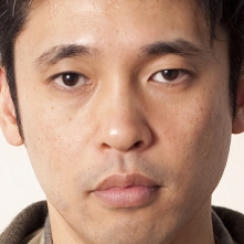 IKEDA Akira (1976, Japan) studied English literature at the Bunkyo University in Tokyo. He made his first feature film, Blue Monkey, in 2006 and received the Audience Award at the Pia Film Festival. His film Anatomy of a Paper Clip (2013) won a Hivos Tiger Award at IFFR 2014.