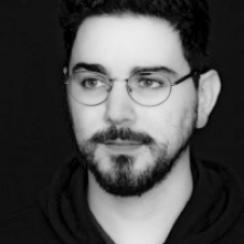 The Canadian Ian LAGARDE explored film at a young age as a child actor. After an education in film production at Concordia University, Montreal, he then directed several short films and a documentary on America's obsession with lush green lawns. Lagarde made his feature-film debut with the surrealistic social satire All You Can Eat Buddha (2017). Besides his award-winning work as filmmaker and screenwriter, he also works as a cinematographer.