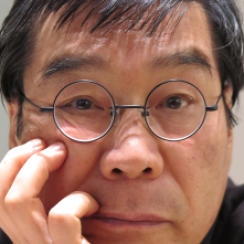 HARA Kazuo (1945, Japan) is a Japanese documentary filmmaker known for making controversial and confrontational films that question and assault the repressive moral values of Japanese culture. Working with his wife and producer, Kobayashi Sachiko, he has been making films for nearly five decades. He began his career as a photographer, but in 1972 he made his feature film debut with Goodbye CP. His films subvert the nature of the documentary form and the role of the filmmaker as a 'detached' or 'objective' perspective. Instead, Hara often inserts himself into the action to uncover hidden truths and deeper meaning.