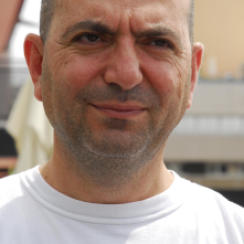 Hany ABU-ASSAD studied Engineering in the Netherlands from 1981 to 1987 and worked on TV programmes about immigrants. In 1990 he founded Ayloul Film Productions with the Palestinian filmmaker Rashid Masharawi. He directed his first feature film, Het 14e kippetje/The Fourteenth Chick, in 1998. His films Paradise Now (2005) and Omar (2013) were both nominated for an Academy Award and the latter was also awarded the Special Jury Prize of Un Certain Regard in Cannes. Both The Idol (2015) and The Mountain Between Us (2017) premiered at the Toronto International Film Festival.