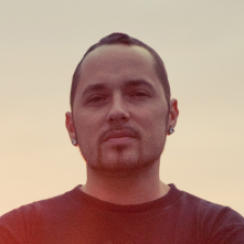 Guillaume RENARD (1976, France) is animator, director and writer. His work has a modern approach to animation. In his films, Renard is interested in social outcasts. The background of his work is tinged with modern concerns such as terrorism, the quest for identity, ecological issues and the temptation of radicalization for young people. His first animated short Mutafukaz: Operation Blackhead (2003), selected at Sundance, was the start to his Mutafukaz universe. In 2006, Ankama Editions published the first of a series of graphic novels of Mutafukaz. His debut film Mutafukaz (2017), a co-direction with Nishimi Shojiro, had its world premiere at Annecy International Animation Festival.