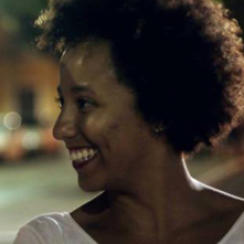 Ary Rosa and Glenda NICÁCIO studied film at the Federal University of the Recôncavo of Bahia (UFRB) and founded the independent production company Rosza Films in 2011. They began producing short and experimental films, both fiction and documentary. Living in the Recôncavo, a Brazilian region, they prefer to develop films in which the process of production, narrative, and aesthetic are in tune with the rural surroundings. Coffee with Cinnamon (2017), their much awarded first full-length film, is the result of these experiences in local culture.