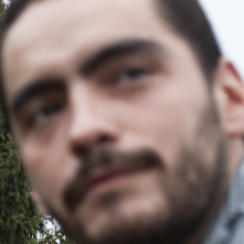 Giovanni GIARETTA (1983, Italy) is an artist and filmmaker. He was educated in Visual Arts Production Design in Venice and holds a BA in Didactics of Arts. His work and his films have been shown throughout Europe, at festivals such as International Film Festival Rotterdam, IDFA and the New Horizons International Film Festival in Poland. Giaretta lives and works in Amsterdam.