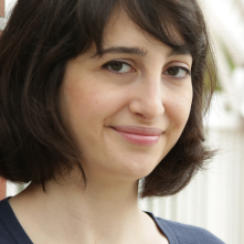 Gillian Wallace HORVAT (1985, USA) is a Los Angeles-based filmmaker, writer and film programmer. Kiss Kiss Fingerbang was awarded the Grand Jury Prize in its short category at the 2015 South by Southwest Film Festival. Her films have screened in festivals around the world including SXSW, Fantasia, Palm Springs International Short Film Festival, Maryland Film Festival and Yale University. Horvat also produced A Fuller Life, a documentary on the life and films of director Samuel Fuller that premiered at the 2013 Venice Film Festival. She is also a guest columnist for Filmmaker magazine and her writing has appeared in Sight & Sound. I Blame Society (2020) is her feature debut.