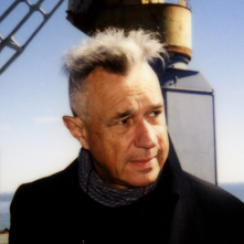 F.J. OSSANG (1956, France) studied philosophy and law before starting his artistic career in the middle of the 1970s with the publication of poetic texts. He debuted as filmmaker in 1982 with La dernière énigmem, his graduation film at La Fémis, the film and television school of PSL Research University. His debut feature The Case of the Morituri Divisions premiered in Cannes in 1985. Treasure of Bitch Islands (1990), his second feature, won the Best Film Award in Belfort. In 1998, a retrospective about Ossang's work featured at Festival de La Rochelle after which more festivals followed.