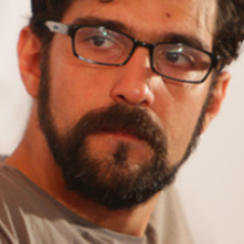 Felipe BRAGANÇA (1980, Brazil) studied Film at the Universidade Federal Fluminense. As scriptwriter and assistant director, he worked together with Karim Aïnouz on the film Suely in the Sky (2006) and the TV series Alice (2008). With Marina Meliande he made two short films and the trilogy Hearts on Fire. In 2009 they finished the first film in the trilogy, The Escape of the Monkey Woman (2009), followed by the second, The Joy (2010) and third Neverquiet (Film of Wonders) (2010). He was artist in residence at the California Institute of Arts (CalArts) in 2012. Together with Portugese Golden Globe winner, actress Catarina Wallenstein, he directed the mid-length Bring Me the Head of Carmen M., which had its premiere at IFFR in 2019. His latest feature A Yellow Animal has its world premiere in the Big Screen Competition at IFFR in 2020.