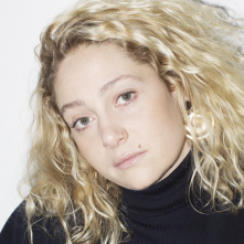 Fanni METELIUS (1987, Sweden) has a BFA in film directing and producing, and is director, screenwriter and actress. Her short films have won many awards and her performance in Ruben Östlund's feature Force Majeure was celebrated. The Heart (2018, world premiere at IFFR), in which she also plays the main lead, is Metelius'debut feature.