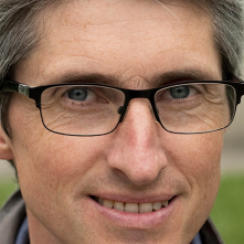 Fabrice ARAGNO (1970, Switzerland) worked many years in a cinema before he went to film school in Lausanne in 1994. He graduated with the film Dimanche, which was selected for the film festival of Cannes. Since then he made several short films. He also worked as cinematographer for Jean-Luc Godard; he was the director of photography of Film socialisme (2010) and Le livre d'image (2018).