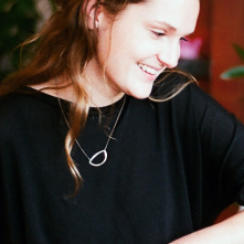 Eva van TONGEREN (1990, Netherlands) graduated in 2015 from LUCA School of Arts, Brussels. With There Are No Whales in France (2015) she won a FilmLab Wildcard from the Flanders Audiovisual Fund. This award allowed her to make her second film Still from afar (2018). Both short films are audiovisual essays. Besides her work as a filmmaker, Van Tongeren is the main curator of Visite Film Festival, a film programme organised twice a year by the Antwerp-based collective De Imagerie. The focus of this film festival is experimental, documentary and political cinema.