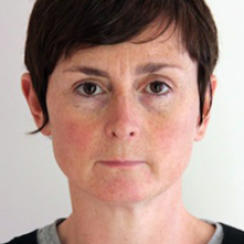 Emily RICHARDSON (1971, UK) received an MFA in film making from the San Francisco Art Institute. Her films have been shown in galleries and at festivals internationally. She lives and works in London. Her work focuses on sites in transition and covers a diverse range of landscapes including empty East London streets, forests, North Sea oil fields, post-war tower blocks, empty cinemas and Cold War military facilities. She is currently a PhD candidate at the Royal College of Art in London, researching modern architectural space and its filmic translation through artists' experimental film practices. In 2009, she was awarded the Gilles Dusein Prize in Paris, in recognition of her films.