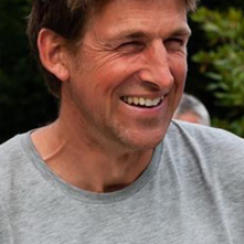 Dries MEDDENS (1970, the Netherlands) is a producer and director. He left his work as a woodworker-designer to make films. Since 2014, Meddens has been a full-time independent filmmaker. He founded his production company Idiot Productions in 2016. He is known for his short film Ciel (2014). Wages of the Imagination (2019), about the British band Terminal Cheesecake, is his documentary debut.