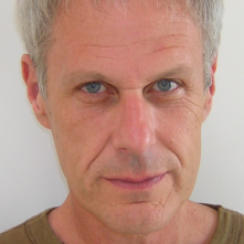 Dennis COOPER (1953, United States) has written novels as well as numerous books of poetry and non-fiction. His books have been translated into 19 languages. His 2005 novel, The Sluts, won the Prix Sade and the Lambda Literary Award for Best Fiction of that year. His internationally acclaimed books Zac's Haunted House (2015) and Zac's Freight Elevator (2016) are composed entirely of animated gifs. With Zac Farley, he co-created the feature film Like Cattle Towards Glow (2015) and Permanent Green Light (2018), world premiere at IFFR.