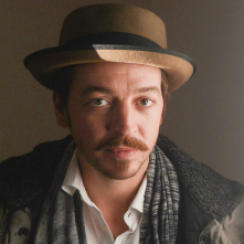 Davor SANVINCENTI (1979, Croatia) studied Philosophy at Rijeka and Visual Arts at the European Institute of Design in Milan. His practice takes shape in a variety of media such as film, photography, installations and live media performances. His work plays with the concept of illusion, exploring the boundaries of perception and the construction of experience. Sanvincenti received the Radoslav Putar Award in 2010 for best Croatian artist under the age of 35. His work has been exhibited and presented internationally.