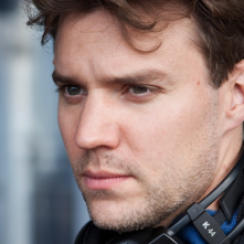 David VERBEEK (1980, Netherlands) studied Film, Photography and Philosophy at the New School University in New York, and film directing at the Netherlands Film Academy, where he graduated in 2005. During his studies he completed his first feature, Beat (2004), which was selected for IFFR. After graduating, he left for China. His second feature, Shanghai Trance, was selected for the Tiger Awards Competition in 2008. In 2010, R U There was selected for the prestigious programme section Un Certain Regard at the Cannes Film Festival. In Rotterdam, How to Describe a Cloud was nominated for the Big Screen Award in 2013 and also his films Full Contact (2015) and An Impossibly Small Object (2018) were selected for the festival editions of 2016 and 2018.