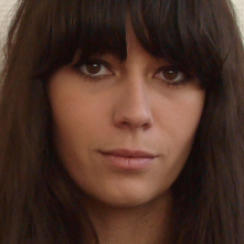 Daphné HÉRÉTAKIS (1987, France), studied documentary filmmaking at the University Paris. From 2013 to 2015 she did a residency at Le Fresnoy, the National Studio of Contemporary Arts in Roubain, France. She works and lives in Paris and Athens.