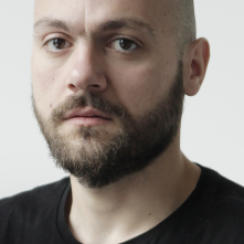 Dane KOMLJEN (1986, Yugoslavia) was educated in Film Directing in Belgrade. After his studies, he made a video installation in Serbia and short films in Bosnia and Croatia. At Le Fresnoy in France, he learned about contemporary art during his Master's study. Komljen's Our Body was selected for the Tiger Awards Competition for Short Films in 2015 and then nominated for the European Film Awards by IFFR. After co-directing All Still Orbit (2016, also in competition at IFFR), he returns to Rotterdam with his first feature-length film All the Cities of the North (2016).