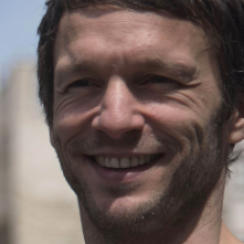 Cyril BRODY (1972, France) is a writer and filmmaker. He has collaborated many times with Olivier Peyon on the screenplay of Peyon’s films. He has also made several documentaries, including En service (2007), which won the Jury and Audience Award at the film festival of Brive. He made Sur les pas de l’academie (2012) about the work of Eric Vigner and was assistant director on many national productions. Brody has also made short films, including Mar vivo (2011) and M’Diq (2017), filmed on the beach in Morocco. Latifa, le coeur au combat (2017) is Brody's first co-direction with Olivier Peyon.