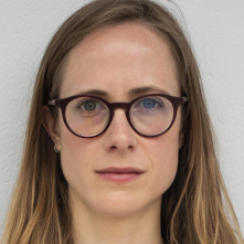 Claire OAKLEY (1985, UK) studied literature and began her career as a script reader for production and distribution companies. Before she started making short films, she worked as an assistant director with filmmakers John Crowley and Bernard Rose. Her short films have screened at more than 50 festivals worldwide and have been awarded multiple prizes. In 2014, she co-founded Cinesisters, a collective of award-winning female directors, dedicated to the creation of more films by and about women. Make Up premiered in the First Feature competition at the BFI London Film Festival in 2019. In the same year, Oakley's talent was recognised with a spot among the Screen Stars of Tomorrow.