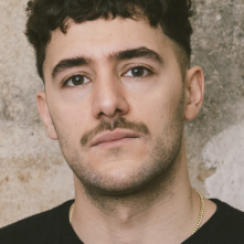 Ceylan-Alejandro ATAMAN-CHECA (1986, Germany) is a film director and producer. After doing his A levels in Hanover, he moved to Hamburg in 2006 to study History and Political Sciences at the University of Hamburg, getting a a bachelors degree in 2009. A year later he applied to the German Film and Television Academy in Berlin. Here he produced Dreissig (Simona Kostova), which premiered at IFFR 2019. His directing debut, Sebastian springt über Geländer, was also produced at the Film and Television Academy in Berlin.