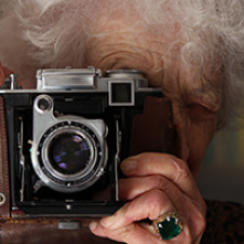 Cécilia MANGINI (1927, Italy) is an Italian writer, photographer and filmmaker. Beginning her career as a film critic for publications such as Cinema Nuovo, Cinema '60 and L'Eco del cinema, she began her career as a filmmaker in collaboration with her husband, Lino Del Fra, and Pier Paolo Passolini. Over the last six decades, Mangini has made work that covers social and political issues from abortion to class struggles. She has spent the last part of her life as an activist fighting pollution produced by the Italian iron and steel industries.