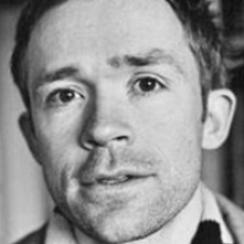 Ben RIVERS (1972, UK) is an artist and filmmaker. His body of work has been exhibited worldwide at numerous galleries and festivals. He was educated at the Falmouth School of Art and was co-founder and programmer of the Brighton Cinematheque (1995-2005). His first feature film, Two Years at Sea (2011), won the FIPRESCI Award in Venice. In Rotterdam, Rivers won a Tiger Award for Short Films twice: in 2008 with Ah Liberty! and in 2015 with Things. At present, he is affiliated with Harvard University, where he will be working on an ethnographic film. In 2015, Rivers’ film The Sky Trembles and the Earth Is Afraid and the Two Eyes Are Not Brothers premiered at Locarno. Krabi, 2562, co-directed with Anocha Suwichakornpong, screens at IFFR 2020.