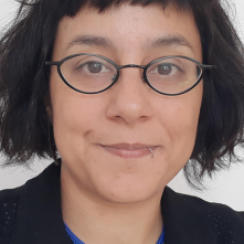 belit sağ (1980, Turkey) is a videomaker and visual artist living in Amsterdam. She studied Mathematics in Ankara, before moving to the Netherlands and enrolling in the Gerrit Rietveld Academy. She has been involved with a number of video activist collectives in Turkey and has been an artist in residence at the Rijksacademie. Her politically engaged work focuses on the manipulation of media images, and has been presented in art spaces and film festivals including Toronto/Rotterdam/San Francisco International Film Festival, Eye Filmmuseum, Amsterdam, MOCA, Taipei and Tütün Deposu, Istanbul.