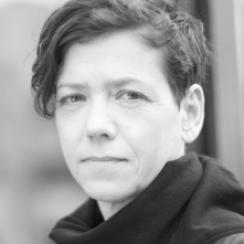 Beate Kunath (1967, Germany) is a filmmaker and visual artist. She discovered her interest for film at the Chemnitz film club. She has worked as media-education-assistant for Youth Welfare Office and started working for the Chemnitzer Filmwerkstatt in 1996. In 2001, her short film Forbidden Fruit won the Teddy Jury Prize in Berlin and the Femmedia Short Film prize at the Queer Film Festival Vienna. Her films are characterised by a thoughtful, poetic slowness. In 2013 she co-founded the RAW CHICKS event series in Berlin, about which she made the documentary RAW CHICKS.BERLIN (2017).