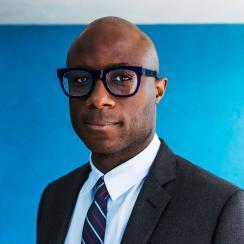 Barry JENKINS (1979, USA) studied Film at the Florida State University and his breakout film was the feature-length Medicine for Melancholy (2008). He made several shorts, co-founded an advertising company called Strike Anywhere and became a writer for the HBO series The Leftovers. Moonlight (2016), his first feature film in eight years, won three Oscars, including Best Film, and the Warsteiner Audience Award at IFFR 2017.