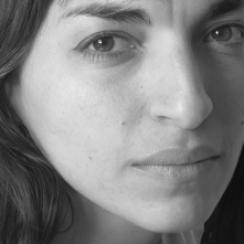 Bani KHOSHNOUDI (1977, Tehran) is an Iranian-born, Texan-raised filmmaker. Her (short) films and documentaries have been screened internationally and received many awards. In addition to filmmaking, she experiments with video and sound installations. Her work has been exhibited in galleries and museums around the world. Khoshnoudi was part of the artist-in-residence programme at the Whitney Museum of American Art in New York and was selected for the Cinéfondation Writing Residency in Cannes, where she wrote her first feature, Ziba (2012). In 2016, she made the experimental mid-length film Transits: Our traces, our ruin combined with a live dance performance, which was shown at the Centre Pompidou in Paris. The artist is based in Mexico City, where she also made her second feature film Fireflies (2018).