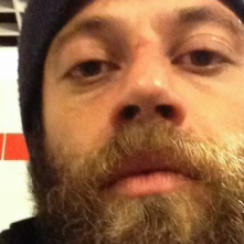 Babak JALALI (1978, Iran) moved to London at a young age. After earning his bachelor’s and master’s degrees, he was accepted at the London Film School. His graduation film, Heydar: An Afghan in Tehran (2005), was nominated for the BAFTA for Best Short Film. In 2009 he made his first feature film, Frontier Blues, which won the FIPRESCI prize for Best Film at the San Francisco International Film Festival. His Iranian background plays a central role in his work.